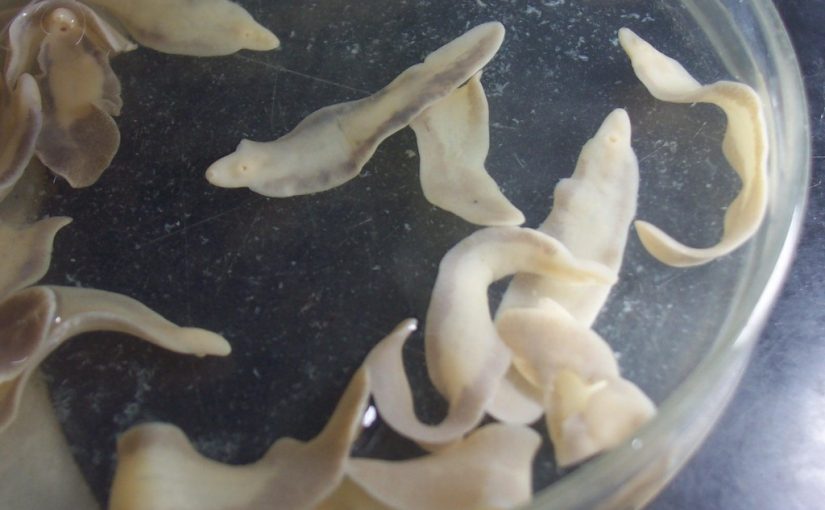 Indonesia is the second most common destination for Australian holidaymakers. It is not uncommon for travellers to Indonesia to feel sick on their return home and this can be put down to a variety of causes, but an article published in the MJA last year recorded the first diagnoses of an infection called fascioliasis in Australian travellers returning from Bali.

Up until 2011 fascioliasis was rare in Australia with only a few cases being reported, mostly amongst sheep farmers in Victoria. However, the MJA case series, “Fascioliasis in Australian travellers to Bali” found there were six diagnoses between 2011 and 2014. Given the popularity of Bali as a holiday destination and the specificity of the testing needed to diagnose fascioliasis it is important that Australian GPs are aware of the infection.

Fascioliasis is an infectious disease caused by Fasciola hepatica parasites, which are flat worms known as liver flukes, found in the bile ducts and liver of infected animals such as sheep and cattle.

The flukes are transmitted from animals to people via ingesting contaminated watercress, salads and other freshwater plants or contaminated water, (either by drinking it or by eating vegetables that were washed with it). Up to 40% of Bali cattle are reportedly infected with a form of Fasciola known as Fasciola gigantica, hence the presence of infection in Australians who have visited Bali.

According to the MJA case report pathology plays an important role in correctly diagnosing fascioliasis and therefore ensuring patients receive timely and appropriate treatment. Common symptoms of the infection include fever and abdominal pain, but these could be attributed to a multitude of infections.

Dr Miles Beaman is a pathologist specialising in microbiology who was one of the paper’s authors. Dr Beaman said. “Pathology is able to offer answers that other medical investigations may otherwise miss.

Radiological findings, for example, are often non-specific for fascioliasis. Ultrasonography and CT scans can be used to look for lesions on the patient’s liver caused by the infection. However, images from these are inconclusive in many cases.”

The infection can be diagnosed by examining stool specimens under a microscope (the diagnosis is confirmed if Fasciola eggs are seen) but it takes approximately 4 months for eggs to appear in the stool and therefore this approach is not appropriate for an early diagnosis. In the cases reported in the MJA study, stool microscopy did not yield positive results for any of the six patients.

Instead, the six recent cases of fascioliasis in Australian patients were all diagnosed by specific serology to identify Fasciola antibodies in the blood serum. Results of serological testing may become positive 2–4 weeks after infection, preceding the presence of eggs in the stool. Currently, however, in Australia, serological testing is only available at the Institute for Clinical Pathology and Medical Research at Westmead.

Luckily, fascioliasis is treatable, however an accurate diagnosis is important because the drug used to treat the infection, Triclabendazole, is difficult to obtain in Australia for human use, and therefore has to be either imported or acquired through veterinary supply. Prescription requires Special Access Scheme approval and hospital ethics approval for use in humans.

It is important that doctors in Australia are aware that fasciolasis has now been found in Australian travellers and have an up to date knowledge of the recommendations on testing and treatment. An increased awareness of parasitic causes is important in facilitating timely referral to an infectious diseases or microbiology service for assistance with diagnosis and management and although previously no cases had been reported, our love for Bali doesn’t seem to be shifting. There are likely to be further cases affecting locals and tourists.

fascioliasis, infection, parasites, serology
Share it on:
Prev
Next

Thyroid disease: an historic problem that won’t go away
FOFO a no-no; five good reasons to do the bowel screening test
CARAlert nothing to do with cars, everything to do with pathology