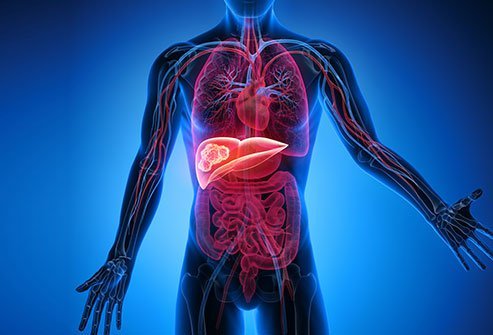 A Liver Function Test (LFT) can be ordered by your health professional for a number of reasons. The LFT is actually a group of tests that look at various chemicals in the blood that give clues to how your liver is working. An LFT is not typically used to diagnose a specific condition, but the results can be used with other information to help your doctors detect health issues, and so it may be ordered alongside other tests or scans.

Your healthcare professional can use data from tests along with information about your medical history, personal circumstances and any symptoms you have to decide what is wrong and what treatment you may need. For example, if you have been potentially exposed to a hepatitis virus, they may look at your ALT levels and may also require further tests that look for hepatitis antigens or antibodies. Further, LFTs may be ordered if you have added risk factors for liver dysfunction such as heavy consumption of alcohol, a family history of liver disease or the consumption of drugs that can damage the liver.

Diseases or conditions that could be indicated by LFTs include;

A liver function test typically includes measuring levels of alanine aminotransferase (ALT), an enzyme which metabolises protein and is found mainly in the liver. High levels can indicate liver disease and very high ALT levels may be due to an acute hepatitis infection.

Hepatitis B is a serious disease caused by the hepatitis B virus that can lead to inflammation of the liver. It can manifest as an acute infection with or without symptoms, but around 1 in 20 people affected develop a chronic infection. It can be spread between individuals through exposure to infected blood and some other body fluids. The disease affects people of all ages, but certain groups are more at risk. These groups include individuals engaging in unprotected sex, newborns of mothers with chronic hepatitis B and individuals who share needles used for intravenous drugs.

Symptoms include a loss of appetite, nausea and vomiting, pain in the right side of the abdominal area, fatigue, fever, sore joints, rashes and jaundice. Jaundice gives the appearance of yellow skin and yellow whites of the eyes. Symptom onset is 2 – 3 months after contracting the virus and may last up to 6 months.

Hepatitis B can be vaccinated against and the Hepatitis B vaccine is part of the standard immunisation schedule for babies in Australia. While most people who become infected make a full recovery, some hepatitis B infections can become long-lasting which may lead to further liver problems such as cirrhosis, and liver cancer.

It can be spread between individuals of all ages through blood but is mostly spread through contaminated needles used to inject intravenous drugs being shared between individuals. The majority of people infected with the hepatitis C virus will not experience symptoms, but once they do this may be indicative of advanced liver disease. If symptoms become present, their onset ranges between 2 – 6 months after infection with acute symptoms consisting of fever, fatigue, decreased appetite, nausea, vomiting, abdominal pain, dark urine, joint pain and jaundice.

Hepatitis C can be cured using direct-acting antiviral therapy which has been made widely available in Australia since 2016 through the Pharmaceutical Benefits Scheme (PBS).

Hepatitis A is an infectious disease caused by the hepatitis A virus that is not common in Australia. Unlike hepatitis B and C, it is spread through faecal-oral transmission. This is when someone ingests small particles of infected faeces. This may happen when someone consumes water or food contaminated by sewage, or if an infected person prepares food without thoroughly washing their hands. Some oral-anal sexual practices can also lead to transmission. The disease may affect people of all ages, but people who have travelled to, or lived in, low- and middle-income countries with poorer sanitation are more at risk.

Symptoms of hepatitis A include fever, nausea, pain in the abdominal area, dark urine and jaundice. Symptom onset is typically 2 – 4 weeks after contracting the virus.

Hepatitis A can be vaccinated against with the hepatitis A vaccine, but if an individual becomes infected the symptoms can last for several weeks followed by a full recovery in most cases.

The gamma-glutamyl transferase (GGT) test which is usually part of an LFT shows if GGT is present in the bloodstream, outside the liver. The enzyme can leak into the blood when the liver is damaged, such as in cases of liver disease. GGT levels are widely used as an indicator of heavy drinking, when suspected.

Heavy alcohol consumption can lead to severe liver diseases such as liver fibrosis and end-stage cirrhosis. Of those suffering from cirrhosis of the liver with concurrent alcoholic hepatitis, 60% have a life expectancy of about four years.

Alcohol use disorder can lead to significant liver damage, but also has serious long-term consequences on mental and physical health and wellbeing. Symptoms include individuals being unable to limit their alcohol consumption and craving it when they are not drinking, failing to fulfil obligations due to repeated alcohol use, using alcohol in unsafe situations such as driving and suffering from withdrawal symptoms.

Alongside a standard LFT, to investigate potential liver cancer a test may be ordered to detect the levels of alpha-fetoprotein (AFP) in the blood. High levels of AFP in adults (who are not pregnant) can indicate the presence of liver cancer. Primary liver cancer is a malignant tumour that originates in the liver. It can be caused by fatty liver disease or genetic disorders. Other risk factors include type 2 diabetes, hepatitis B or C, high alcohol consumption, obesity, tobacco exposure and exposure to hazardous chemicals. Symptoms of liver cancer are similar to other liver diseases and include weakness and tiredness, abdominal pain and swelling, pain in the right shoulder, appetite loss, weight loss, fever, jaundice, dark urine and pale stools.

Another chemical typically included in an LFT is aspartate transaminase (AST). An increase in the levels of AST and ALT may be associated with type 2 diabetes.

Diabetes is a non-infectious disease that revolves around the body’s impeded ability to regulate blood sugar levels through the release of hormones. It can be both caused by genetic predisposition and age as well as lifestyle factors such as obesity and physical inactivity. Insulin is a hormone that is released by the pancreas when blood sugar levels rise to signal the liver and other tissue to store the sugar, hence lowering its concentration in the blood. There are three main kinds of diabetes: type 1, type 2 and gestational diabetes. Type 2 diabetes is the most common, representing 85-90% of cases, and occurs when the body becomes resistant to insulin and loses the ability to produce insulin from the pancreas adequately. As a result, those living with type 2 diabetes often have chronically higher-than-normal blood sugar concentrations. Symptoms include being excessively thirsty, increased urination, fatigue and lethargy, increase appetite, poor circulation, itching, declining eyesight, increased weight gain, mood swings, headaches, dizziness and leg cramps.

All pathology test results are interpreted by a pathologist who provides a report to the General Practitioner, specialist doctor or other medical personnel who ordered the tests. The healthcare professional will use the pathology report and consideration of the clinical context to decide on the next steps for their patient. Test results, treatment and medical questions should always be discussed with your treating health professional.